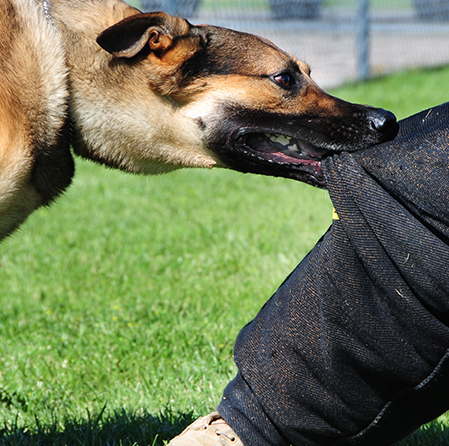 Dog Breeds Most Likely to Bite or Injure

No two dogs are the same. However, there are some breeds that have been associated with a higher risk of attack, when compared to other breeds. It is important to remember that some of the gentlest breeds of dog can be dangerous, depending on how they were raised, but it is also important to know the facts and figures when it comes to being around dogs safely. This is particularly true when there are children present, as children are more likely to become victim to a dog attack. In fact, some breeds of dogs are so prone to injuring humans that many cities and municipalities have established regulations for them and even prohibited them altogether from residing in the area.

The dog breeds with the highest rates of fatal attacks and with increased likelihoods of attacking are:

From 2005 to 2014, pitbulls and Rottweilers accounted for almost three out of four, or 75%, of fatal dog bite attacks on humans in the United States.

Statistics indicate that pitbulls are by far the most dangerous breed of dog in the United States. They are responsible for more than double the amount of human fatalities than any other breed and have been the target of legislation and attack prevention frequently. The reason for the increased violence amongst pitbulls seems to be due to their selective breeding for dogfighting and viciousness.

They are also more dangerous since pitbulls do not typically communicate or show their intention to attack prior to doing so, making it extremely difficult and nearly impossible to know whether a pitbull will attack or not. This kind of surprise attack lowers a victim’s likelihood of preventing an attack and heightens the likelihood of the attack being fatal. Pitbulls also have a very lethal bite style, unlike most other dog breeds, referred to as “hold and shake” and a manner of attack (“gameness”) that causes death faster and easier than others dog breeds. While not all pitbulls are created alike, statistically they are the most dangerous breed of dog that one can encounter.

There are other dog breeds that are bred to fight, although they are much less prevalent in number than pitbulls and Rottweilers. These dog breeds are:

These dogs, while not 100 percent pitbull, are all either derivatives of pitbulls or are derived from ancestors that are very similar to the pitbull breed of dogs. While pitbulls and their derivatives are the most dangerous, here are the ten most dangerous dogs listed in ascending order:

Other smaller dogs, such as the Cocker Spaniel and the Chow Chow (already listed above), can sometimes be more aggressive than larger dogs and more likely to bite you or attack. Size is not always a determining factor in whether a dog will bit, but larger dogs that bite can result in more severe or fatal injuries.